March Madness is the big 68 team college basketball tournament that takes over our TV viewing during the weekends of March. School and office friends are filling out brackets.  Engage your students in percents as they get excited about March Madness. Is getting a higher seed really an advantage?  Use 30 years of data to help determine for which seeds it makes sense to pick an upset.  Finally, students determine a general strategy for picking games in the first round.

END_OF_DOCUMENT_TOKEN_TO_BE_REPLACED

Passover will begin this year at sundown on Saturday, March 27th. Jewish families will gather to commemorate the exodus of the Children of Israel from slavery in Egypt. The celebration begins with a traditional meal, the Seder, where the story of Exodus is retold and special foods are eaten to remember that long ago passage.

We have two activities that involve traditional Passover foods.

END_OF_DOCUMENT_TOKEN_TO_BE_REPLACED 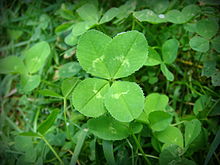 Shamrocks in Ireland are actually be 3-leafed white clover, trifolium repens. If you are lucky, you can sometimes find a four-leafed clover.  How rare is finding a 4-leafed clover?  How hard do you have to look?  What size area of clover must you examine to find one?

END_OF_DOCUMENT_TOKEN_TO_BE_REPLACED

We know the saying "Spring forward, fall back". 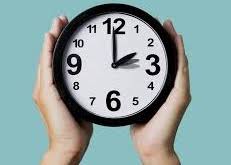 Early Sunday morning, March 14th at 2 am, we will change our clocks to read 3 am and start Daylight Savings Time.

END_OF_DOCUMENT_TOKEN_TO_BE_REPLACED 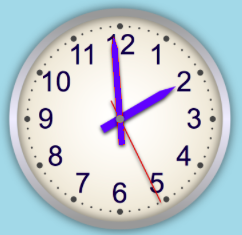 Why do we have the clock set at this time? Click the image to find out.

Celebrate π in your school and in your math class with activities that demonstrate how π was derived; visually show why π makes sense; show a surprising place where π is used; increase students ability to measure and long divide; applauds the talent of people who can memorize large strings of numbers; and lets students just have fun.