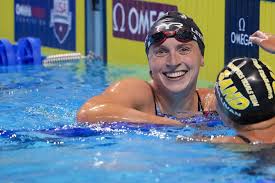 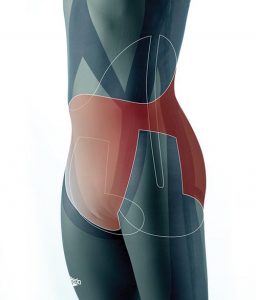 To win in Olympic swimming, contestants have to be incredibly fit and have marvelous endurance and technique.  Do they also need to consider the science of their motions and their equipment?

Could your swimsuit, swim cap and goggles be holding you back?

This activity is about drag and one method for calculating drag.  Students observe what increases or decreases drag and how each element of drag directly, directly squared, or inversely affects a swimmer's performance.

Here are some other Olympic activities;

Which Olympic events do you want to watch? - Students develop some understanding of various Olympic sports and their judging elements.  Should the Olympics only include performances that can be objectively measured?

How high can a gymnast's score be? - Gymnasts successfully competed for positions on the USA Olympic team.  As you watch their performances don't you wonder how their scores are determined and what the top score could be? (It's not a 10 anymore!) Let your students begin to understand the scoring while they come to grips with what is required now, what a high score is, how to calculate it and what to look for in the 2021 Women's competition.

Lighting the Olympic torch - The 2020 Olympic Torch was lit in Olympia, Greece on March 12, 2020.  Because of the world-wide pandemic, the relay was paused and the lit Torch was safe-guarded during the pause.  On March 25, 2021 the Torch relay was again resumed and traveled throughout Japan on its trip to the Olympic games opening ceremony. The Torch is now in Tokyo and on July 23 it was carried to light the Olympic Cauldron at the Opening Ceremonies.  This activity is about the parabolic mirror that is used to harness the power of the Sun to light the Olympic Torch.

Olympic Skateboarding - We are very excited to see skateboarding as an event in the Tokyo Olympics.   Why has it taken so long to become an Olympic sport?  What events will you be able to watch?  How are skateboard runs and tricks judged? Is there a possibility of bias in the judging? ... and who is well-known that we should make sure to  watch?

← Need to rent some chaise lounges
The new R-naught number →