Just announced!  Ben Watson is coming back to the Patriots! 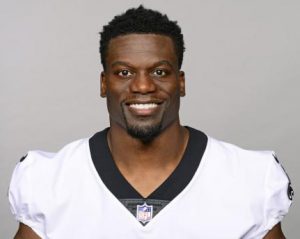 Ben Watson played for the Patriots at the beginning of his career.  Then he joined the Cleveland Browns, the New Orleans Saints, and the Baltimore Ravens. Now he's coming back to Boston.

We remember him for this incredible play in the 2005 AFC divisional championship game between the New England Patriots and the Denver Broncos, Benjamin Watson stopped a touchdown in the last instant.

Watch the video with your class and use our activity to motivate students to figure out who ran a greater distance by using the Pythagorean Theorem.

In the video Teddy Bruschi says that Watson must have run about 120 yards, maybe even more.  Use the video and/or our activity to see if Teddy's estimate was about right.

What other questions might your student wonder after watching the activity?  How fast was each player running?  How much faster does Champ need to run to have made it to the end zone?