We're watching another Stanley Cup playoff now. Will there be any really long games during the playoffs? 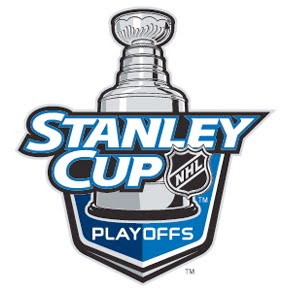 In 2013, a Stanley Cup playoff match between the Bruins and Blackhawks went into 3 overtimes. People stayed up way too late watching. The teams played 112 minutes and eight seconds of game time. The game went from about 7:15 central time to midnight central time. Did you know that Stanley Cup Playoff matches can last a really long time?There are usually few goals scored in hockey matches and a playoff matches can not be finished as a tie. Consequently there have been some really long NHL playoff games.

In this revised activity, students explore real game data while using proportional reasoning.  Students learn the length of the longest hockey matches in history and then try to determine how long it would have taken to watch them (TV time vs. game time).  Knowing that a regulation 60-minute NHL match takes around 2.5 hours to play, can students figure out how long it took to play out the longest games in NHL history?

Students work with proportional reasoning and time conversions. In our solutions we've encouraged the use of ratio tables. This can be an intuitive way for students to solve ratio and proportion problems. Enjoy!