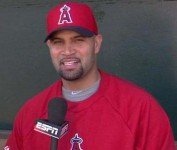 Albert Pujols, entering into his 13th year as a MLB player in 2013 could be on pace to break lots of records!  In 2012 Albert signed a 10-year $240 million contract with the Los Angeles Angels.  In his first season with the Angels his batting numbers were down from his typical production.  In this activity students use data from Albert's first eleven seasons and extend these numbers proportionately over the remainder of his ten-year contract to see what his final career numbers might look like.   If he can maintain his pace, will he beat Pete Rose’s hitting record?  Hank Aaron’s RBI record? Barry Bonds homerun record?

In this authentic activity students can model real life situations with algebra, with a table, with a graph or simply through some number sense reasoning  Students can model Albert's career with linear equations, first in a directly proportional relationship and second, by factoring in the statistics from Albert's 2012 season.  According to each model, which records is Albert on pace to break?  Which model makes the most sense?   Maybe it is inappropriate to assume he will continue the same production from the first eleven seasons?  What if his 12th season is his new reality?  Then what records will he break?

For members we have a Word doc, an Excel sheet, and solutions.

You could also engage your students with creating the equations of these rates and making their judgments and observations from the graphs created.  This could be a interesting way to explore the differences between a directly proportional relationship and a linear relationship. 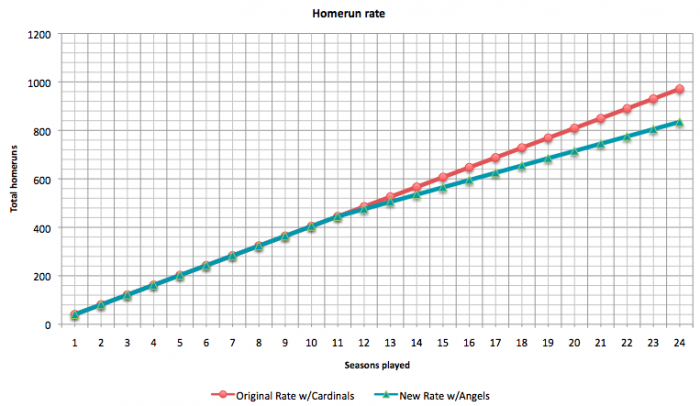 Thanks to Robert Kaplinsky for the idea for the update of this activity.