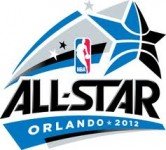 The NBA All Star game is being held on February 26th.  Did you know that this was the third major professional sport all star game in the last month. The Pro Bowl and the NHL All Star Game were also recently held.  MLB has their all star game, called the Mid - Summer Classic in July. In this activity we compare viewership all star games, championship games and typical regular season games in each of the four major North American sports.  How do the ratings of all star games compare to the championship and regular season games in the same sport? Students make observations from the data and determine which league's all star game seems to be the least successful.  There will be many ways to define which league's all star game is the least successful and the goal here is to keep the spotlight on student mathematical ideas. Finally students use proportional reasoning to determine how much a 30-second ad during each all star game should cost based off of the fee and viewership of a 30-second Super Bowl ad.

For members we have Word docs and solutions.